The Internal Waves in Straits Experiment

IWISE stands for The Internal Waves In Straits Experiment.  This program uses satellite data in support of the 2011 ONR IWISE field campaign over the Luzon Strait.

This satellite data is part of a multi-year initiative to study the generation, propagation, and dissipation of internal tides in Luzon Strait. The satellite data is being collected primarily during an extensive field program conducted during the summer of 2011. This study is focused on the internal wave response in sea straits to tidal forcing. This region has been selected as the focus area because of the large tidal currents in the area, which generate large amplitude-internal waves. These internal waves, with vertical displacements up to 150 m, are a prominent feature of the South China Sea and readily visible in remote sensing images. The waves have been intensively studied in recent years, especially to the west of the strait where their amplitude and nonlinear behavior is greatly modified due to the effects of wave steepening and the decreasing water depth. Of particular interest in this project is measurement of the internal waves over a several month period to see how modulation of the Kuroshio affects their generation.

Synthetic Aperture Radar (SAR) data were collected from eight different platforms. These platforms are ERS2, Envisat, Radarsat-2, TerraSAR-X and Cosmo/Skymed 1 – 4. The image collection strategy was designed to capture the surface signature of internal waves radiating east and west of the ridge running along the Luzon Strait. To learn more about these platforms see the Satellite Specifications section. 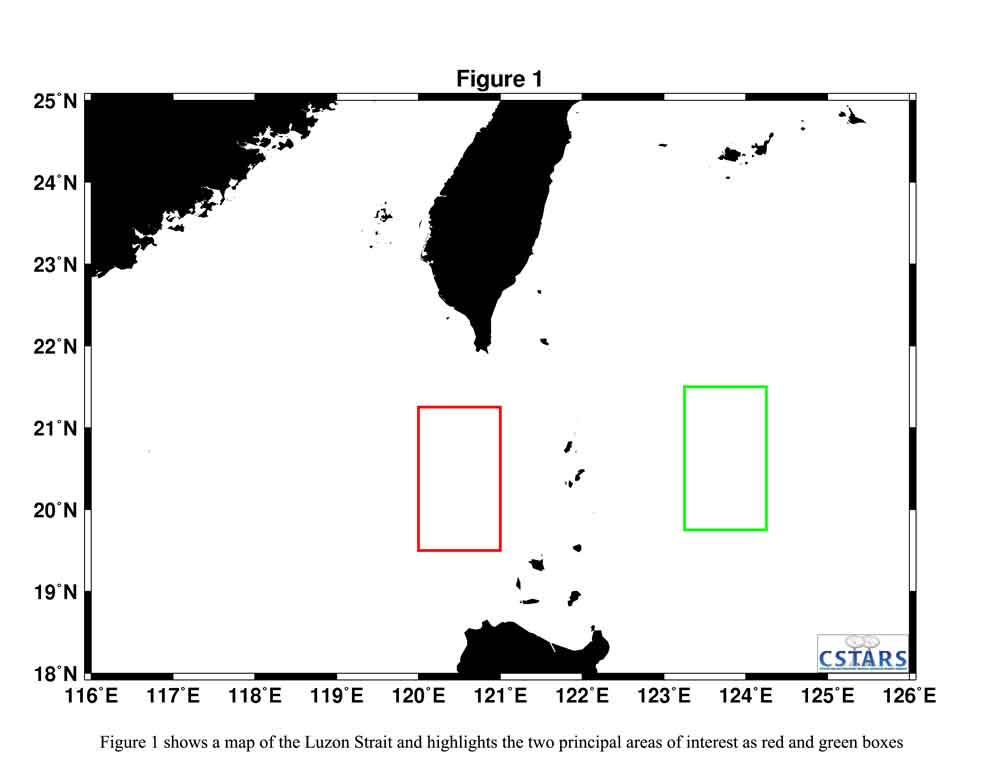